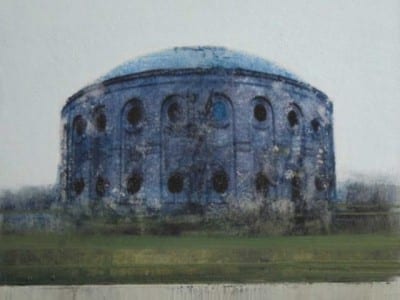 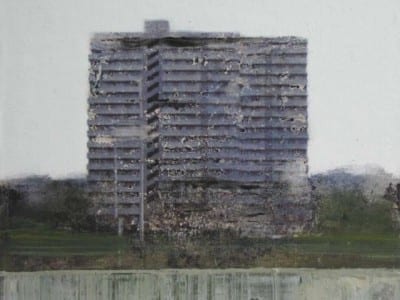 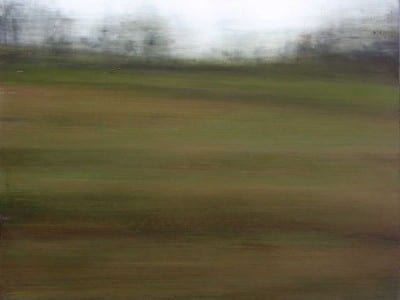 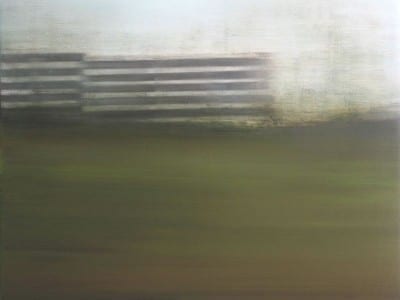 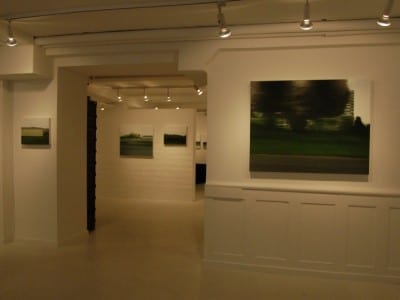 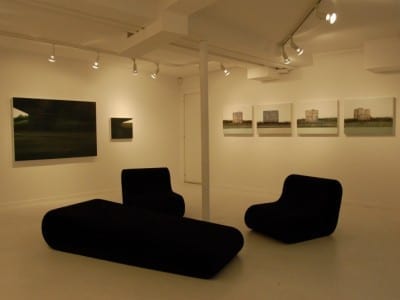 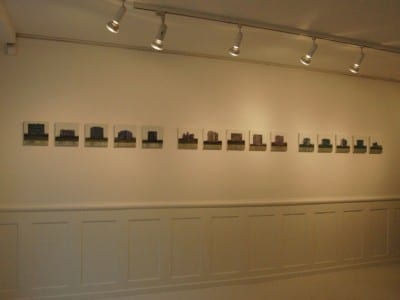 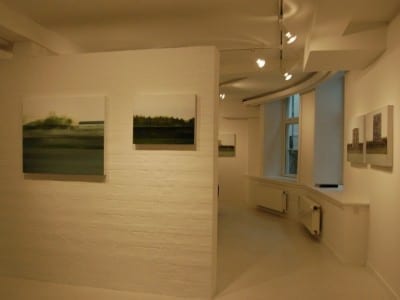 Following two exhibitions at GALERIE BIRTHE LAURSEN in Paris, it is a great pleasure for the gallery for the first time in Copenhagen to show a solo exhibition with the French artist Patrick Cornillet. His paintings of deserted cityscapes seem like foggy images captured by the passer-by. They offer blurred glimpses of parts of the city space that are normally ignored. However, there is more at stake in his melancholic urban images.

Like a lot of contemporary artists Patrick Cornillet works with realism. In his paintings, the detailed realism of photography is united with sensuous painting. The shades of grey and the fluid brushwork create a blurred depiction as if the depicted urban landscape is about to dissolve as a picture or only just in the process of becoming a picture, still unfocused. The blurring creates doubt as to whether it really is the city’s physically erasure over time before our eyes that the paintings present. Patrick Cornillet’s painting both treats issues concerning picturing and urbanity.

Patrick Cornillet was born in 1968 in Nantes, France, where he currently lives and works. He has been active on the French art scene since 1999. In 2001 GALERIE BIRTHE LAURSEN started representing him. He has done several solo and group exhibitions.