The exhibition at Birthe Laursen’s Art Room shows for the first time a larger collection of the Danish artist Sophie Dupont’s painting, ceramics and graphics made in the period 2007-2018. Dupont is primarily known as performance artist, and the starting point for her performances is the presence of the physical, sensing body in space and time. Dupont has a meditative and spiritual approach to her art practice, which is expressed in Marking Breath (2011-). A performance in which an intangible and vital act is given form when Dupont quietly and monotonously marks her breathes from sunrise to sunset. The passage of time is marked as she scratches every inhalation/exhalation into leather, copper, zinc, gold or silver plates, depending on the region and location in which she performs.

The works in the exhibition contain many of the features that characterize Dupont’s performances. They balance between formal, geometric expressions and narrative sceneries. The exhibition’s ceramic works and the larger paintings are figurative and fabulatory. The ceramics consist of beautiful and precious vases held in bright and brown shades with stylized faces, beard, beads and rat-tails. In these larger paintings women in long patterned robes and rich feathers pose, while in other pictures, detailed spaces are painted inhabited by families in different constellations – with an undertone of mild psychological excitement and something seemingly strange. In addition, Dupont has been working on a series of abstract paintings in smaller formats since 2007, utilizing geometric shapes and creating colourful works with a simple, clean and focused expression. They have the title Abstract Paintings and are visualizations of changes in her own mental and psychological states. The body’s structure is present as geometric shapes and lines. 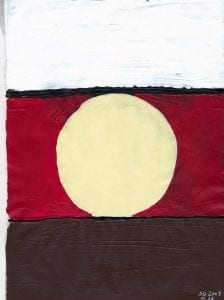 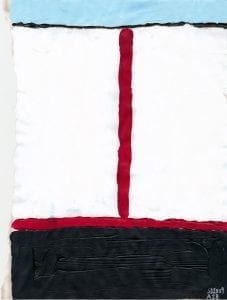 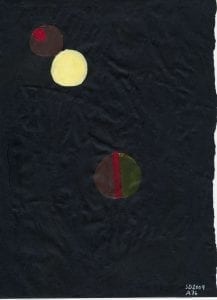 Art historical references to individual artists and art movements are frequently present in Dupont’s works. In her performances, she draws on a rich tradition from other notable female performance artists, such as Cuban Ana Mendieta (1948-1985) and Serbian Marina Abramovic (b. 1946), both examining questions of existential character in their practice. The use of basic forms, such as the circle, the square and the triangle, is not only found in Dupont’s Abstract Paintings, they also occur in her performances, where she among other things relates to her own body density transformed into the three mentioned basic forms in both 2nd and 3rd dimensions made of steel. In Dupont’s practice, geometric shapes go hand in hand with studies of spiritual life, and she draws on traditions through several periods from tantric drawings from the 17th century and to the Bauhaus in the 20th century.

Bio: Sophie Dupont (b. 1975) graduated from the Royal Danish Academy of Fine Arts in 2007, and from the London Contemporary Dance School in 1996. In addition to her art practice, she teaches yoga. Dupont has received numerous scholarships and honours, latest by Anne Marie Telmanyi, born Carl Nielsen’s fund in support of female artists over 40 years. Since 2010, when Dupont made her first performance, she has exhibited massively in national as well as international contexts, most recently in the group exhibition Cool, Calm and Collected at Aros, Aarhus Art Museum. In 2017 she had a solo show at Overgaden Institute of Contemporary Art, Cph. with the title This Will Also Change. In the spring 2018, Sophie is artist-in-residence at Casa Wabi, Mexico.

Free entrance, but registration per. mail is required: cp@birthelaursen.com