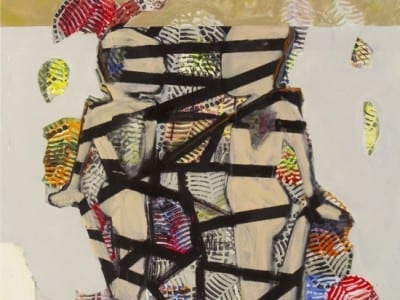 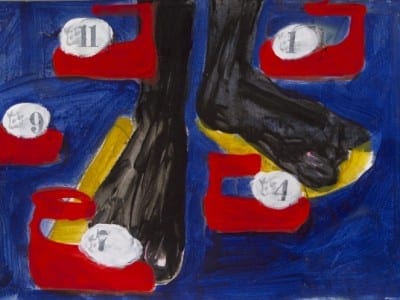 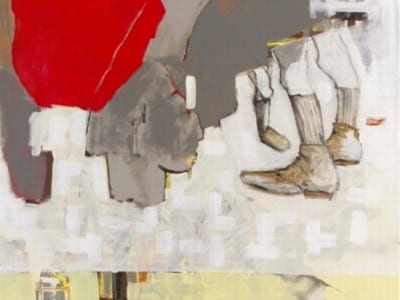 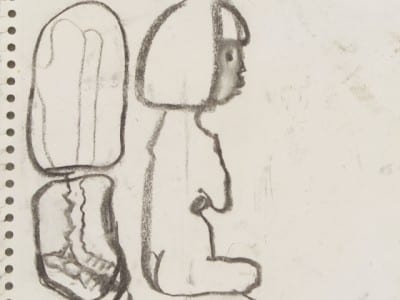 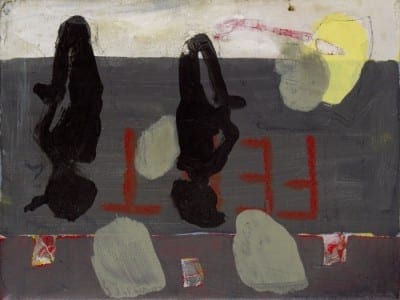 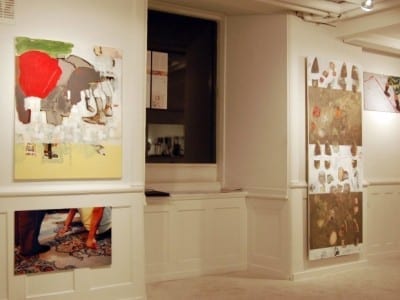 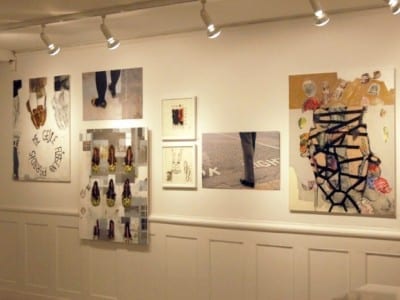 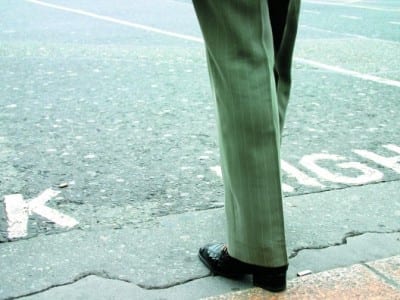 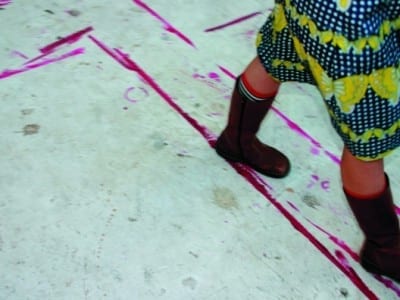 The moment you take the first step, your feet follow you round the world. They will follow you – or you will follow them – all your life. Visual artist Pernille Kløvedal Helweg has made this common and down-to-earth observation. Nevertheless she does not illustrate a cut-and-dried idea through her paintings. Instead she uses painting as a mental sense organ. With the consciousness and sense perception directed towards her feet she continues the movement of the feet with the paintbrush.

For years Pernille Kløvedal Helweg has been interested in the movement of the living. Previously she worked graphically and aesthetically subtle with animals’ print. Later on she worked photographically and documentary on how to wear shoes in a globalized world. Now the exhibition SÅL / SOLE shows how she has adapted the expression and energy of movement in the painting.

The sole is the interface turned downwards between the body of man and that of the world. Constantly signals run from the sole to the brain, but today the feet are hidden and forgotten. Every culture has its own way as to how to relate to the foot. Today we travel on a chair, and in our one-dimensional understanding of ourselves that we have from the mirror on the wall, we forget that other people see us three-dimensional as walking creatures with a back and an underside. Without being dogmatic, Pernille Kløvedal Helweg points out to us that today you may find a quality in seeing and experiencing the world through your feet. Having said this, other people may now take the next step.

The folder to the exhibition contains the text ”Footnotes” by Tor Nørretranders. Read here

Pernille Kløvedal Helweg was born in 1946. She works as a painter, illustrator and graphics artist. On the occasion of the exhibition Fodens Gestus at Museet for Fotokunst, Brandts, spring 2007, the book FOOTAGE was published, also dealing with the theme of the foot and that of the movement. This theme she has also worked on filmic through the film Svinesøen, and graphically with the exhibition Sporets Rytme, and now through paintings with the exhibition SÅL / SOLE. She has received grants, for example The Danish Arts Foundations’ 3-year grant in 2002, and last year she received Marie and Johan Vilhelm Andersens’ grant for her effort in the graphic arts.

The exhibition continues through December 20th 2007.