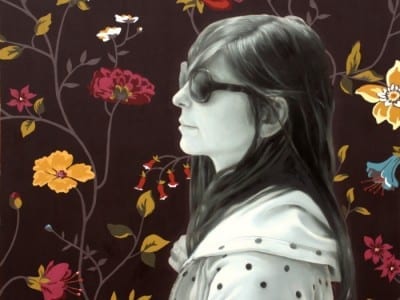 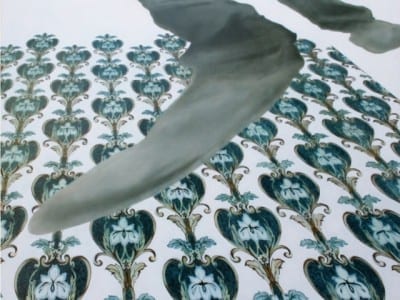 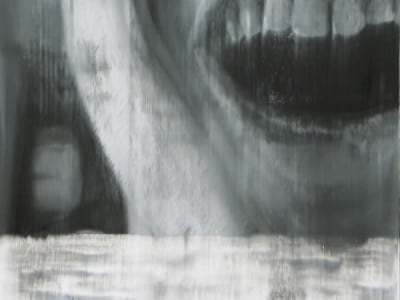 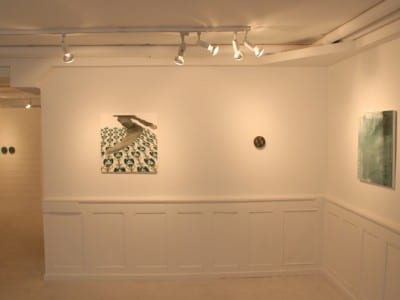 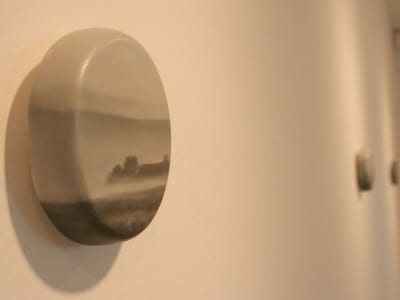 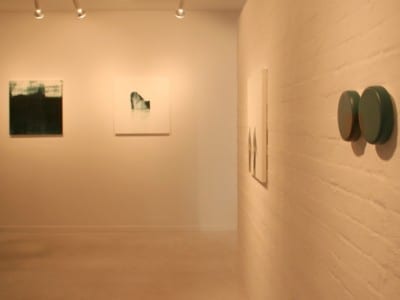 Also in this exhibition Trevor Amery explores in a technically supreme way the relationship between photography and painting. It is obvious that he has come a long way in his experimenting with the disciplines of painting. However, his new works appear much more open than the earlier ones and this exposes an on going discussion about the relationship between the two media.

In the paintings, photorealistic portraits based on the artist’s private photos come into view in a gray tone on an often monochrome colour field: a young girl in profile, a man in motion in an extreme worm’s eye view, a climber on his way up or down. The persons are seen in never completely meaningful glimpses from a world outside the pictures; they point at this world and at the same time they are just there, steady, on the surface of the paintings. But simple techniques such as cutting, double exposure, dislocation, disintegration and focus limit the viewer’s insight into the portrayed persons. At the same time he is tempted to look at the places in the pictures where nothing seems to happen. These places appear unimportant and empty neither intimate nor public spaces that surround and at first sight subordinate the portrayed. But slowly the spaces materialize and have a life of there own. Therefore, the viewer gradually concentrates on not only what is revealed in the spaces but also on how the spaces disarm the persons in the pictures and manifest themselves. In this way Trevor Amery’s picture world challenge that which on the surface seems as realism.

Trevor Amery is born in 1983. He lives and works in Baltimore, US, and was educated at Maryland Institute College of Art (MICA) i 2001 – 2005. In The US Trevor Amery is represented by Irvine Contemporary, Washington.

The exhibition continues through October 27th 2007.